Emperor moth (Saturnia pavonia) LINNAEUS. Saturnia pavonia flies from March to July depending on locality. In southern and western Britain it usually emerges in late April, while in Scotland it typically emerges in mid-late May.. This is primarily a heathland and moorland species, but can be found also in woodlands and scrubby grasslands in certain areas. In Britain it is a lowland species, but it can be found at altitudes as high as 1800m in the Alps. Image by Andres Morya 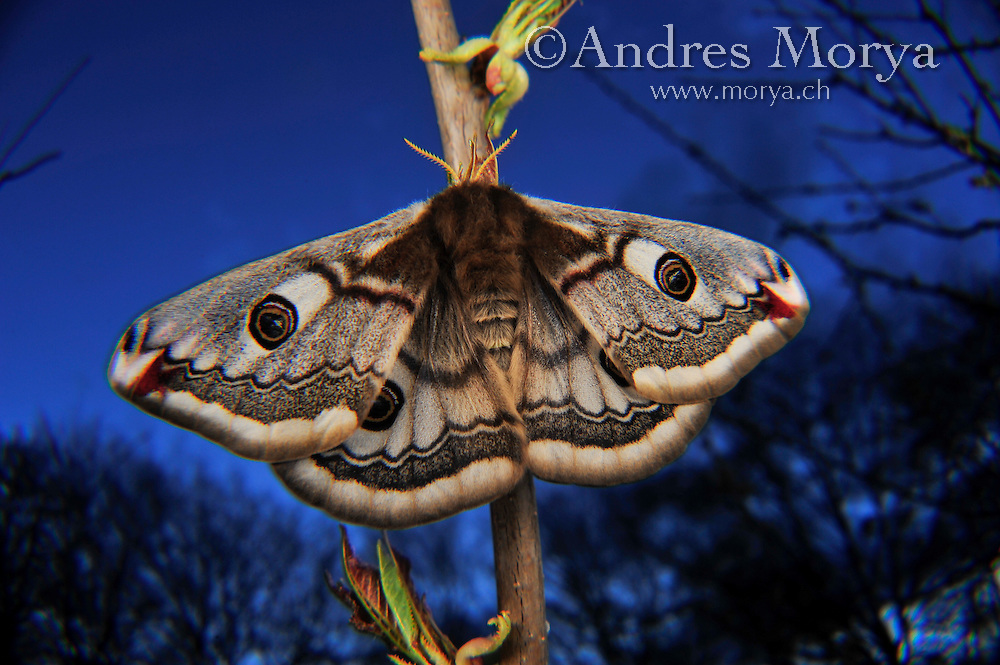