Cockchafer or May bug (Melolontha melolontha), Switzerland. The cockchafer (colloquially called may bug, billy witch or spang beetle) is a European beetle of the genus Melolontha, in the family Scarabaeidae.
Once abundant throughout Europe and a major pest in the periodical years of "mass flight", it had been nearly eradicated in the middle of the 20th century through extensive use of pesticides and has even been locally exterminated in many regions. However, since an increase in regulation of pest control beginning in the 1980s, its numbers have started to grow again. Image by Andres Morya 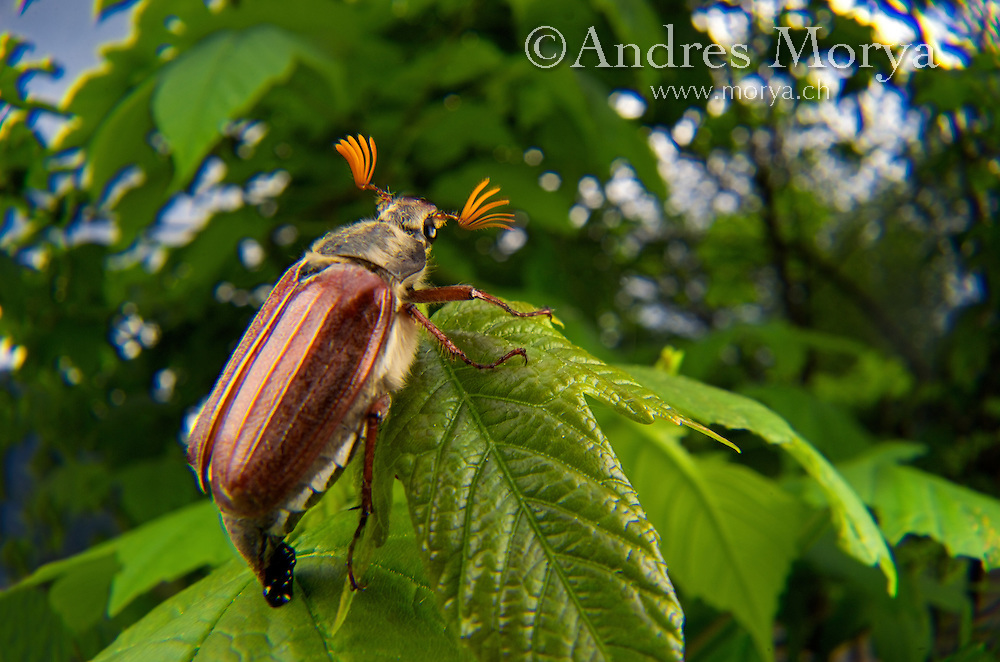